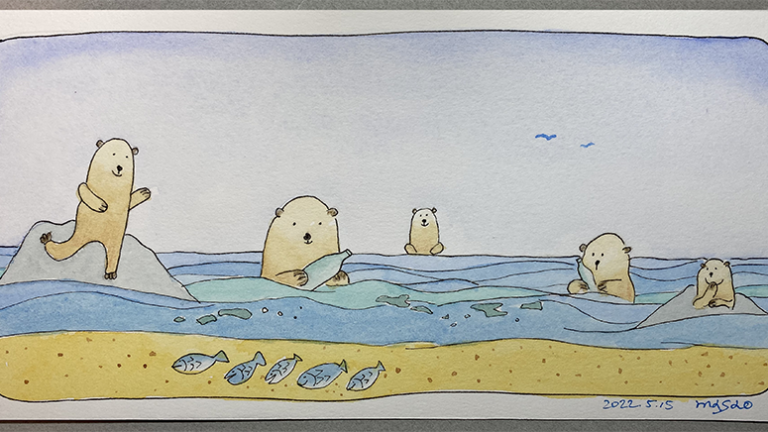 The sake “Dassai” was brought as a gift by an acquaintance who visited my home the other day. “Dassai” means “otter festival” and it is a very famous sake, so I drew a picture of Otter Festival on post card and sent it as my thanks.

The region where this brewery is located, there were many otters frolicking in the nearby rivers. Otters would lay out on the shore fishes they caught, almost as if they are showing them off – like one would do during in a festival.

Shiki Masaoka, one of the most important poet, author, and literary critic in Meiji period, had a pen name “Dassai Shooku Shujin”. It literally means “the occupant of a book-scattered room” but also expressed his passionate desire to become a famed poet.

From these two episodes, this sake was named “Dassai”.

no.8 crescent
Mr. Little Mermaid
﻿
Back To Top